While Covid-19 continues to rage, the retail and luxury goods sectors around the globe are committed to helping fight the pandemic. Here are a few outstanding initiatives demonstrating retail’s solidarity and capacity to innovate.

When the lockdown in France was announced on March 16th, the LVMH group mobilised its Perfumes & Cosmetics business group’s production units to manufacture hydroalcoholic gel in large quantities free of charge for the health service. Thanks to the efficiency of its global network, the luxury goods group found a Chinese industrial supplier capable of supplying ten million masks. The group fully financed the first week of delivery.

Cosmetics giant L’Oréal is also playing its part and has instructed its La Roche-Posay brand to manufacture hydroalcoholic gels for hospitals. It is continuing to pay 100% of all its workers’ salaries and has opened up its operational plants in France and China to the French authorities, enabling them to order medical equipment in bulk.

French retailer Decathlon, for its part, has blocked sales of its Easybreath diving mask which, after some adjustments, can be connected to artificial respirators for patients suffering from coronavirus, or used to protect hospital staff.

In Italy, the luxury brand Moncler has supported the financing of the construction of an emergency hospital near Milan with a €10 million donation to the Lombardy region.

Spanish fashion giant Inditex, owner of Zara has also produced masks and gowns, while Swedish brand H&M has collaborated with supply chain partners to produce PPE for hospitals in Europe.

British household appliance manufacturer Dyson has announced the production of 10,000 ventilators in the UK, half of which will be donated to UK hospitals once regulatory approval has been confirmed.  The Body Shop has donated care packages to the NHS in the UK. Its website announced: “we are delighted to donate 25,000 units of soap and 25,000 units of Hemp Hand protector to the tirelessly brilliant NHS nurses, doctors, support staff and volunteers at the temporary hospital at London’s ExCel centre. We will be donating a further 25,000 pieces to those hospitals being set up in Birmingham, Manchester and Glasgow.”

Further afield in the US, San Francisco-based Gap Inc. was ready to help as soon as news of the shortage of PPE (Personal Protective Equipment) hit the headlines. The company, which also owns brands such as Athleta, Banana Republic and Old Navy, went to work pivoting resources in its factories to manufacture masks, gowns and scrubs for medical workers.

Similarly, US retailers Neiman Marcus, Nordstrom and Brooks Brothers quickly adapted their manufacturing capability, and joined in the effort to equip hospital staff and emergency workers with masks and gowns.

Initiatives continue on all continents.

The retail industry is already looking at life post-Coronavirus. Experts predict that Corporate Social Responsibility (CSR) will have risen up the agenda for business executives, and will influence strategic thinking for years to come.

“We won’t be able to return to business as usual after this crisis,” says Frédéric Keck, director of research at the CNRS (French National Centre for Scientific Research) and director of the Social Anthropology Laboratory, in a recent interview in the daily Le Monde.

Health, work, personal connections, the drive for collective action, ecology – those aspirations, already present in the Western consumer psyche, are some of the areas which have been strengthened during these times, according to Sociovision.

The better-informed people become, the more they will demand transparency, more health guarantees, higher quality and no doubt, closer proximity to manufacturing facilities.

Several brands have already anticipated certain trends, such as Claudie Pierlot. The objective of the SMCP group’s brand is to make 80% of its collections eco-responsible by 2025. It has also adopted a three-to-five year roadmap to limit global warming while putting people at the heart of its priorities through its “Claudie Cares” programme.

Now more than ever, the CSR approach and meaningful community involvement are emerging as key priorities in business. 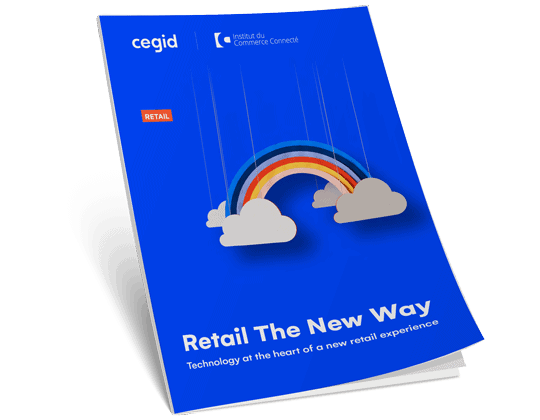 The future of retail invents itself in the metaverse Metaverse, sustainability, data, and the role of sales associates: Retail’s new challenges