Is Your Organization Ready for a 4-Day Workweek? 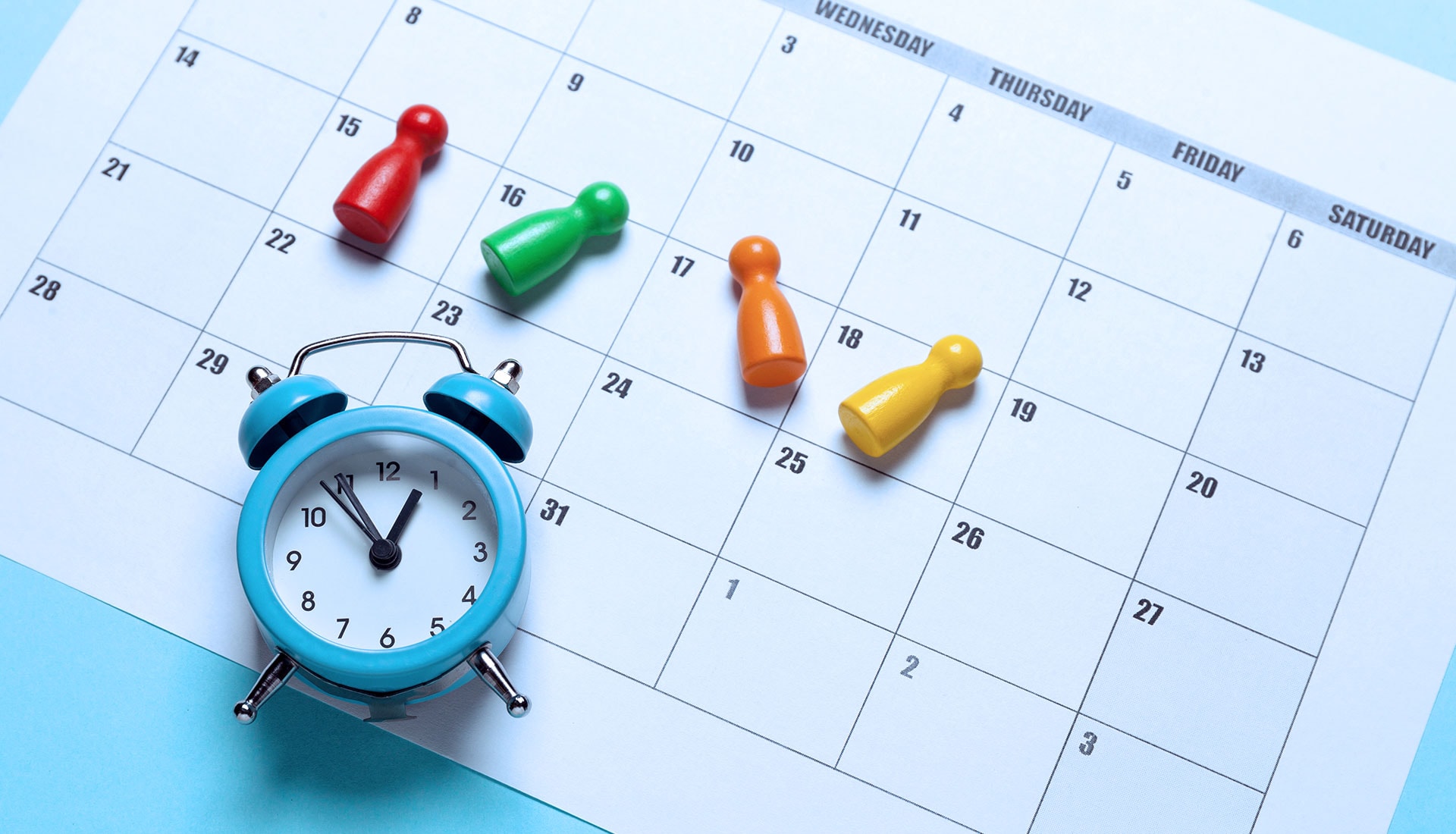 The very notion of productivity—including how it’s measured within organizations—took a few twists and turns throughout the COVID-19 pandemic. For years, many businesses believed that remote workers were less productive than their office-bound counterparts. But during the pandemic, when employees all around the world had no choice but to work from home, these assumptions were challenged. In fact, productivity didn’t take the downward turn that everyone might have expected. Quite to the contrary, employees ended up logging more “at work” hours when working from home. Why? Because the boundaries between personal and work life became more blurred than ever before. 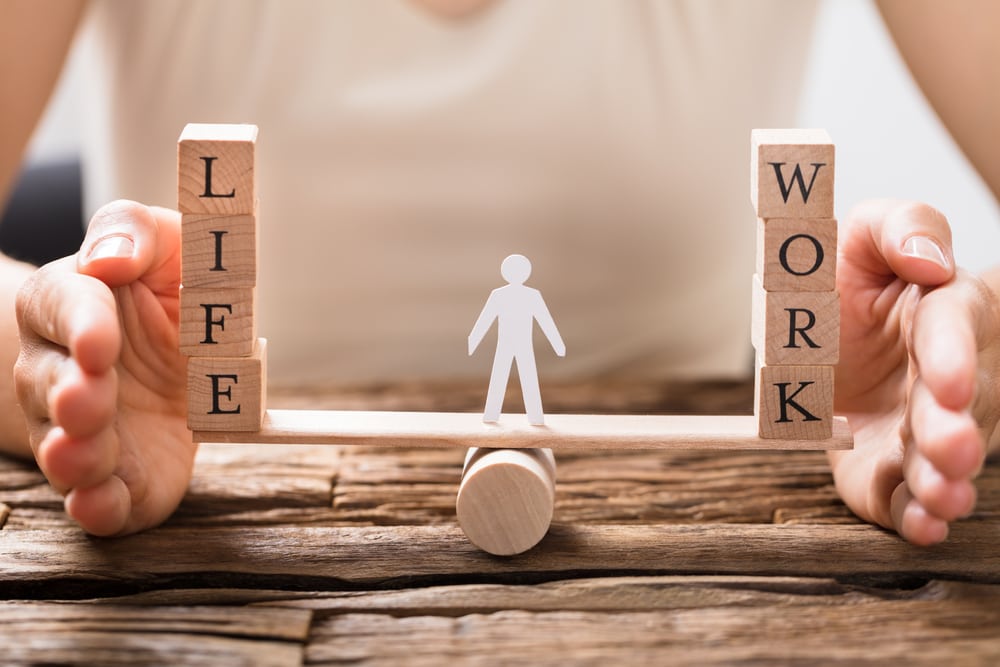 But working more hours doesn’t necessarily translate into pure productivity. This is why some companies decided to use the pandemic as an ideal opportunity to test out new strategies for boosting productivity, customer satisfaction, employee happiness, and more. So, we invited Nicole Miller, People Operations Manager at Buffer to join the latest episode of our podcast, “The Ins and Outs of Work”, to talk about what productivity looks like today as well as why the company made the bold decision to move to a standard 4-day workweek.

A new way to look at productivity

The 5-day, 9-to-5 workweek is something that companies have held onto as a ‘gold standard’ for as long as we can remember. But the COVID-19 pandemic rattled that standard to its very core.

During this uncertain and precarious time, many companies had to take a step back and think about what the workplace would look like post-pandemic. And even though life is starting to return to normal in some parts of the world, a hybrid part-office, part-home work model is likely to carry over for years to come.

This means that employees will continue to juggle all sorts of stresses while working from home—from taking care of the kids to dealing with other distractions. That’s just one of many reasons why productivity can’t simply be measured by the number of hours worked anymore.

When working from home, for example, people have to compartmentalize their lives in different ways than they would when at the office. This doesn’t mean that the work doesn’t get done; it just means that it sometimes happens in different blocks of time.

This shift to remote working during the pandemic opened up many people’s eyes, including the team at Buffer, to look at productivity in a new way. What many companies soon realized is that a better and more accurate measure of productivity revolves around outcomes and results instead of hours logged. After all, if you get your work done for the day, why should you have to stay glued to your computer for eight (or more) hours straight with nothing else to do?

The easy answer: You shouldn’t.

We ditched our office back in 2015…which means we were already used to working remotely when the pandemic first hit, but now our routines were upended with the kids at home and no care options available to watch over them during the work day.

Thinking about productivity in this way can feel like a seismic shift for many companies, especially for those that have bought into the ‘clock in, clock out’ mentality for years. But here’s why this pivot is so important now.

Everything became a little bit more challenging during the pandemic. For many employees, morale went down while stress skyrocketed. Working from home during these atypical circumstances underscored a clear need to create a healthier work-life balance overall, one that essentially forces us to rethink what being ‘on the clock’ really means today.

For the team at Buffer, this led to the implementation of a standard four-day workweek policy. The company wanted to give employees more flexibility in their day-to-day schedules and more time to tackle non-work-related issues.

The end result of this was overwhelmingly positive.

Influenced by other businesses in the tech and social media space, Buffer had long toyed with the idea of a four-day workweek. So before making any big business decisions—and after conducting a number of employee surveys—they tested out a few different things, like half-day Summer Fridays and a 30-day trial of the four-day workweek. At no point was compensation ever impacted by these changes.

But short-term tests weren’t going to move the needle.

So the company decided to extend its 30-day trial to a full six months to see how well it could gel with the company’s remote culture. They also made it flexible enough so that employees who perhaps preferred to work five shorter days, for example, could do so instead of cramming all of their work into four longer days. This proved to be effective because it empowered the company’s employees to carve out a work schedule that would ultimately work best for them.

What they soon found out, after implementing this new policy, is that it didn’t have a negative impact on productivity whatsoever. In fact, they looked at metrics like customer service ticket response times and customer satisfaction scores to find that nothing was slipping through the cracks.

They also looked at internal metrics like the number of hours spent on coding and found that engineers were spending more time coding or pushing out more product releases once the company shifted to a four-day workweek.

By the end of the six-month trial, Buffer looked at a number of different productivity measures at all levels and departments within their organization to be assured that a permanent shift to a four-day workweek would be scalable and sustainable for the long term.

Part of this included ensuring that customer relationships wouldn’t be jeopardized in any way. For example, the customer service team couldn’t simply be absent on Fridays when customers needed help; hence why Buffer took the time to create a policy that was flexible enough to benefit all employees without throwing a wrench into normal business operations.

At the end of the day, making the final decision to implement a flexible four-day workweek policy really came down to setting clear expectations across the board. Even though employees were now allowed to work shorter workweeks, they still needed to drive the same results. Again, a perfect example of productivity seen through the lens of outcomes instead of hours.

How to make a 4-day workweek work for your organization

Admittedly, a four-day workweek doesn’t make sense for every organization for a number of reasons. Nor should you try to force a new workplace policy of this kind—just because it’s a cool or trending idea—if your operational infrastructure simply can’t support it.

Among the many considerations to take into account when moving to a four-day workweek, it forces you to rethink your own meeting culture, rely more on asynchronous collaboration via digital tools and platforms, and make certain exceptions for customer-facing teams that can’t just close up shop when, in fact, their customers are working a traditional five-day workweek.

In this sense, a policy like this needs to align both operationally and culturally in your organization to be successful. And if you think it stands a chance of working for your business and your employees, it’s important to keep the following in mind:

Deciding to implement a four-day workweek is a big change, one that everyone within an organization needs to support from the top down. But it’s not just a matter of a business’s leaders vocally supporting policies like this.

They need to set an example by embracing and upholding the policy in the same way that they would expect the rest of their employees to. This is the key to ensuring that a big shift in business operations doesn’t get overshadowed by company culture.

? Take the time to test:

Although the idea of a four-day workweek sounds good on paper, you will likely experience a few (unexpected) hiccups when putting it into action. As a general best practice, start slow and don’t make any promises until you know whether it’s a feasible solution for your organization and, more importantly if it’s something that your employees actually want.

If you’re interested in testing the waters, consider starting with one day off per month and then slowly expanding until you’re able to scale it up to one less day of work per week.Remember, even though Buffer now has a four-day workweek in place, getting there involved at least six months of trial and error before it became an official policy. But it’s a great example of why taking the time to do something like this right can make a world of difference in the long run.

While you might have the best of intentions in testing out a four-day workweek, you may come to the conclusion that it simply doesn’t work for your organization—and that’s ok. However, if this ends up being the case for you, be completely transparent with your employees as to why you can’t implement a four-day workweek policy at this time. There will likely be some employees holding onto the hope of longer weekends whose dreams will be dashed by this news.

But just because a four-day workweek policy isn’t necessarily possible for your organization doesn’t mean that you can’t introduce some new flexible work policies to help your employees establish a better work-life balance.

Our role within the HR area was to make sure we were clear about our expectations, so that going forward people knew we were expecting the same results even though everyone was now working shorter workweeks.

To take a deeper dive into this conversation about productivity, tune in to
the full episode of Talentsoft’s “The Ins & Outs of Work” podcast with special guest Nicole Miller.

Contact us
×
The future of retail invents itself in the metaverse Metaverse, sustainability, data, and the role of sales associates: Retail’s new challenges